Note: Sorghum is fresh in the fall, and often sells out by January or February of the following year.

Check out the list of Kentucky sorghum retailers and producers at the Kentucky Department of Agriculture website.

In Berea, look for sorghum at the Kentucky Artisan Center.

In Jeffersonville, Townsend's Sorghum Mill sells online and at the mill right on Main Street.

In South Central Kentucky, Oberholtzer's Pure Sorghum is available during the season at the mill, 79 Sloan Fork Road, Liberty, Kentucky.

In Stanford, Kentucky Soaps & Such offers sorghum along with a lot of other Kentucky edibles.

In Versailles, Country Rock Sorghum is available at Woodford Seed and Southern States, as well as the Farmers' Market in season.

In West Liberty, Holbrook Brothers Sorghum is available at the annual Sorghum Festival in late September, and at the West Liberty Veterinary Clinic. 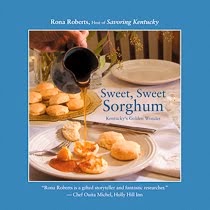